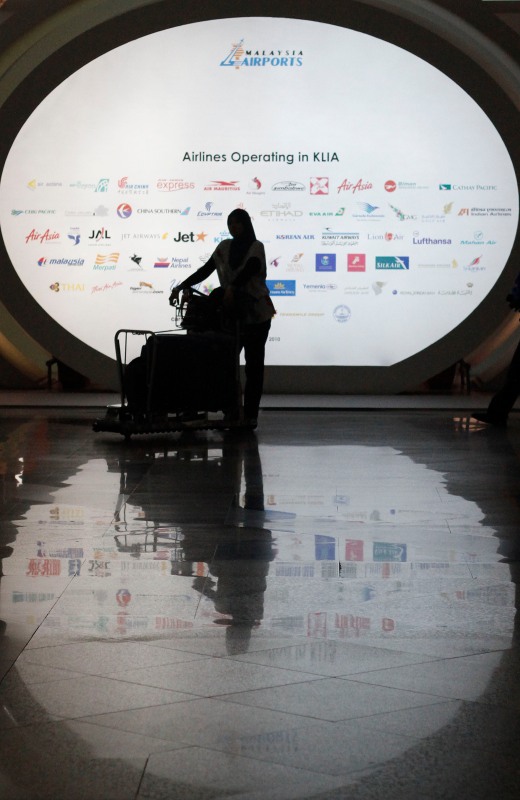 A Muslim women wating for her flight in front of a signboard showing airlines that operates in Kuala Lumpur International Airport(KLIA). KLIA  is capable of handling 35 million passengers and 1.2 million tonnes of cargo a year in its current phase. As of 2006, it was ranked as the 13th busiest airport in the world by international passenger traffic, and is the 7th busiest international airport in Asia

A Muslim girl waiting for her flight in front of Malaysian Airports signboard at KLIA. The holding company, Malaysia Airports Holdings Berhad (MAHB) was incorporated as a public limited company in November 1999 and was thereafter listed on the Main Board of the Kuala Lumpur Stock Exchange, becoming the first airport operating company to be listed in Asia and the sixth in the world.