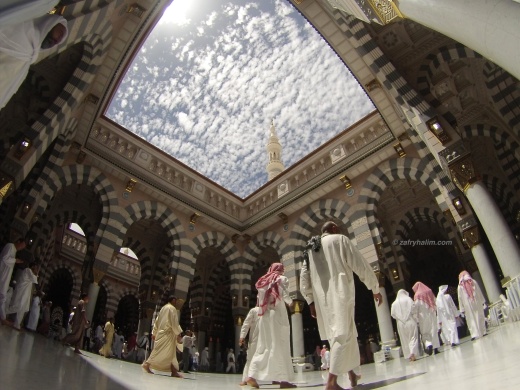 Muslims passing by under the flexible roof top of Masjid an-Nabawi in Medina, Saudi Arabia. The roof can be opened and closed at certain times. Al-Masjid al-Nabawī ( اَلْمَسْجِد اَلنَّبَوِي “Mosque of the Prophet”), often called the Prophet’s Mosque, is a mosque built by the Islamic Prophet Muhammad situated in the city of Medina, which also incorporates the Prophet’s house. It is the second holiest site in Islam (the first being the Masjid al-Haram in Mecca).